Go Jump in the Lake! In Support of Tillicum Lelum Aboriginal Friendship Centre and Childcare Program 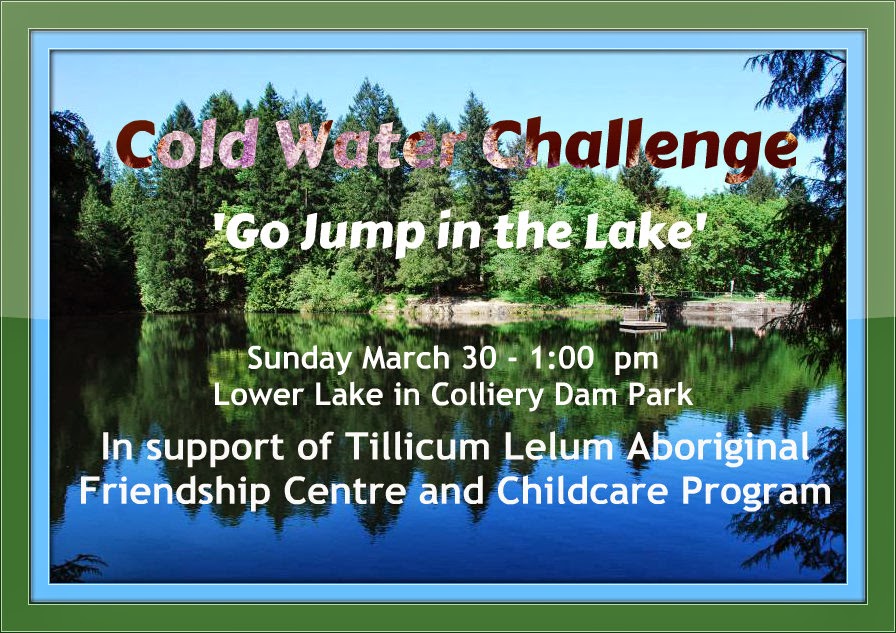 The Colliery Dam Preservation Society is a group of citizens that first met on November 13, 2012 to discuss the City of Nanaimo's announcement that the historic Colliery Dams in Colliery Dam Park were to be demolished.

Led by Jeff Solomon, this group is working to save one of Nanaimo's most important treasures.

Our founding principles are simple:

• We are committed to maintaining and enhancing the safety of our friends and neighbours, the residents who live downstream from the Colliery Dams.

• We object to the undemocratic way that the City of Nanaimo has made a decision about the future of one of Nanaimo's most beautiful parks entirely without public input.

• We are certain that there are options available that preserve two of the most beautiful lakes in the city, while keeping people downstream from the dams safe.

• We will engage with the City of Nanaimo in a constructive, collaborative way to see that this decision overturned.

• We are committed to improving Colliery Lake Dams Park now, and into the future, once the continued existence of the lakes and dams is secured.

We are interested in working with all local citizens and organizations who agree with these principles and believe that the decision to demolish the Colliery Dams is a tragic mistake.Contact us or volunteer to get involved.